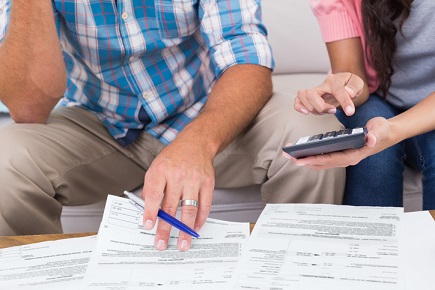 The current housing finance system is “unsustainable,” according to a Federal Reserve official.

The housing finance system in its current form is still putting taxpayers at risk, Federal Reserve Governor Jerome Powell said Thursday in a speech for the American Enterprise Institute. Powell said improvements had been made in the system since the financial crisis, but the sheer concentration of mortgages in Fannie Mae and Freddie Mac remains a problem.

“While reforms have addressed some of the problems of the pre-crisis system, there is broad agreement that the job is far from done,” he said. “The status quo may feel comfortable today, but it is also unsustainable. Today, the federal government’s role in housing finance is even greater than it was before the crisis. The overwhelming majority of new mortgages are issued with government backing in a highly concentrated securitization market. That leaves us with both potential taxpayer liability and systemic risk.”

Powell said that the housing finance system was “almost at a now-or-never moment” and needed to be reformed sooner rather than later. One of the keys to that reform would be the introduction of private capital, he said.

“We should promote greater competition in this market. The economics of securitization do not require a duopoly,” Powell said. “We ought to do whatever we can to make the possibility of future housing bailouts as remote as possible.”

That doesn’t necessarily mean eliminating the federal government’s role in housing finance, Powell said. But he said that the government’s role should be one that limited risk to taxpayers as much as possible.

“It is important to learn the right lessons from the failure of the old system,” he said. “We can also apply lessons from post-crisis banking reform. Above all, we need to move to a system that attracts ample amounts of private capital to stand between housing-sector credit risk and taxpayers.”