Earlier this year, the state of Illinois suspended $30 billion in investment activity with Wells Fargo for one year. 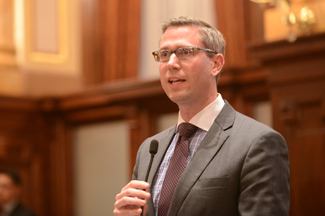 Frerichs, a Democrat from the Champaign County village of Gifford, says his office will re-evaluate the state’s relationship with Wells Fargo in Oct. 2017.  But that the bank is making progress.

“And some of the suggestions we’ve made to them, they’ve acted upon. We told them they needed to separate the CEO and the chairman of the board. They were one person; we thought that reflected better corporate governance,” Frerichs said.

The state of Illinois is involved in about one trillion dollars of banking transactions each year, so Wells Fargo took part in about three percent of that total.