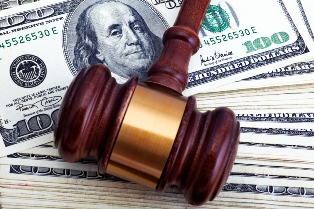 A federal court has given preliminary approval to $15 million in settlements for a national class action lawsuit accusing mortgage companies of taking kickbacks from mortgage insurers. The latest settlement would bring the total in similar cases up to $39 million.

The lawsuit alleged that mortgage companies forced borrowers to buy policies from insurers at inflated prices, then funneled some of the money back in the form of commissions, reimbursements and other charges. Tens of thousands of homeowners were made to buy the policies.

The court ruled that affected borrowers would receive 6% to 10.5% of the premiums they were overcharged since 2008, according to The Real Deal, a South Florida real estate news publication.

The settlement follows a similar one over force-placed insurance. That settlement, also in a class-action case, was almost $24 million and involved almost 75,000 borrowers, according to The Real Deal.

Force-placed insurance is taken out when a lender requires a borrower to insure a mortgage, usually due to a low down payment. If the borrower doesn’t get his or her own mortgage insurance, the lender can “force-place” a policy on the mortgage. However, many lenders and insurers have been tagged over the last few years for artificially inflating force-placed insurance premiums in order to fund kickbacks.

Related stories:
Yet another state sues Ocwen
Servicing giant will have to face mortgage insurance lawsuit