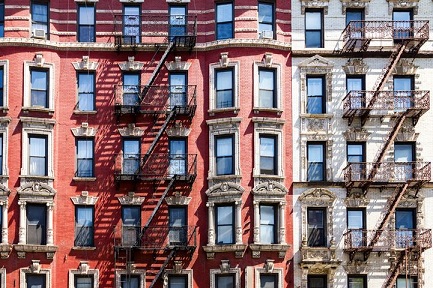 Commercial and multifamily mortgage originations in 2017 are set to exceed their year-ago volumes, according to a projection by the Mortgage Bankers Association (MBA).

MBA expects originations for those mortgages to total $515 billion at the end of the year, an increase of 5% from the total volume in 2016. The 2017 projection includes a forecast of total mortgage banker originations of just multifamily mortgages at $235 billion as well as $271 billion of total multifamily lending.

Origination levels in 2018 should remain roughly at the projected 2017 level, according to MBA. Additionally, MBA expects multifamily lending to slow slightly in 2018 after recording strong growth this year.

Jamie Woodwell, MBA’s vice president of commercial real estate research, said that the markets for those mortgages continue to be strong in spite of slight downshifts seen in a number of growth measures.

“Property values are up 6% through the first eight months of this year,” Woodwell said. “Despite a decline in property sales transactions, commercial and multifamily mortgage originations were 15% higher during the first half of this year than a year earlier. We expect stable property markets and strong capital availability to continue to support mortgage borrowing and lending in 2018.”

MBA said further that it expects continued growth in commercial and multifamily mortgage debt outstanding in 2017. It estimates a roughly 6% increase in debt outstanding at the end of 2017 from the year-ago level.

Related stories:
Changing perceptions on renting could mean multifamily boom
These were the top 5 multi-family lenders in record 2016