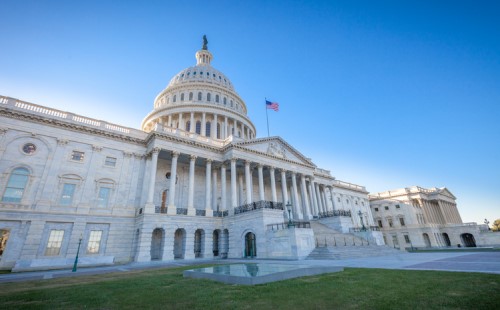 The acting director of the Consumer Financial Protection Bureau is asking Congress to dramatically curtail the agency’s power.

On Monday, the CFPB released its semi-annual report highlighting its activities. In the report, Acting Director Mick Mulvaney recommended four statutory changes to increase oversight on the agency and rein in its regulatory power.

“The bureau is far too powerful, with precious little oversight of its activities,” Mulvaney said in a statement. “The power wielded by the director of the bureau could all too easily be used to harm consumers, destroy businesses, or arbitrarily remake American financial markets. I’m requesting that Congress make four changes to the law to establish meaningful accountability for the bureau.”

Mulvaney recommended that Congress make the CFPB more accountable through changes to the Dodd-Frank Act. The first of his recommended changes was to fund the CFPB through congressional appropriations. Currently, Congress has no control over the agency’s budget. Instead, the CFPB receives money directly from the Federal Reserve.

The second recommendation was to require legislative approval of major rules proposed by the agency.

The third was that the director be made to answer to the president in the exercise of executive authority. Currently, the director of the CFPB has only limited accountability to elected officials; once appointed, the director cannot be removed, even by the president, except for cause.

Finally, Mulvaney recommended that Congress establish an independent inspector general for the CFPB.

These recommendations, Mulvaney said, would bring much-needed accountability to the agency.

“I have no doubt that many Members of Congress disagree with my actions as the Acting Director of the Bureau, just as many Members disagreed with my predecessor,” Mulvaney wrote in a letter to Congress. “Such continued frustration with the Bureau’s lack of accountability to any representative branch of government should be a warning sign that a lapse in democratic structure and republican principles has occurred. This cycle will repeat ad infinitum unless Congress acts to make it accountable to the American people.”