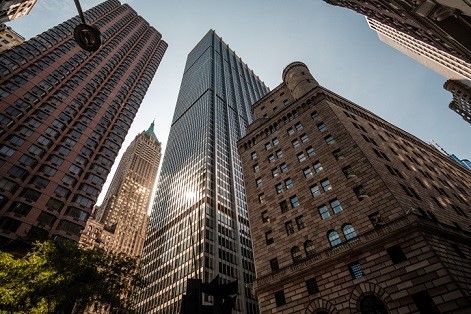 If the likely pick to lead the New York Fed actually gets the job, it would be a case of rewarding failure, according to one consumer advocate.

John C. Williams, president of the Federal Reserve Bank of San Francisco, is the New York Fed’s top pick to take over for retiring President Bill Dudley. But Better Markets, a nonprofit advocate for the public interest on Wall Street, said that Williams failed to prevent widespread abuses at San Francisco-based Wells Fargo – a bank the San Francisco Fed is supposed to supervise.

“After being AWOL and failing to stop Wells Fargo’s decade-long illegal conduct, the president of the San Francisco Fed should not be promoted to be president of the most important regional office in the entire Federal Reserve System, the New York Fed,” Better Markets president and CEO Dennis Kelleher said in a statement. “That would reward failure and send the wrong message to the biggest banks in the country that the Fed really does not take bank supervision seriously or understand its mandate to protect bank customers from illegal and predatory conduct. Given that the New York Fed already has a well-earned reputation for being more of a cheerleader than a supervisor of the nation’s biggest banks, this promotion is doubly bad.”

Wells Fargo has been under a cloud since 2016, when it was revealed that bank employees had opened millions of unauthorized customer accounts. Since then, the bank has endured a steady march of scandals, including the revelation that it had charged mortgage customers improper rate-lock fees, and a later revelation that it had botched the refund process on those same fees. Wells Fargo is also being sued by both Philadelphia and Sacramento, Calif., for allegedly discriminating against minority mortgage customers.

“The San Francisco Fed was and remains the primary regulator for Wells Fargo, the biggest and most important bank under its supervision,” Kelleher said. “It has hundreds of staff assigned to supervising Wells Fargo daily. It is indisputable that the San Francisco Fed failed for years to identify or stop Wells’ illegal and predatory actions – creating millions of fake accounts, terminating thousands of employees including whistleblowers, and victimizing untold numbers of customers systematically for more than a decade. The San Francisco Fed either did not know this was happening under its nose, or knew but did nothing to stop it. Either way, it was a gross dereliction of duty that should be punished, not rewarded.”