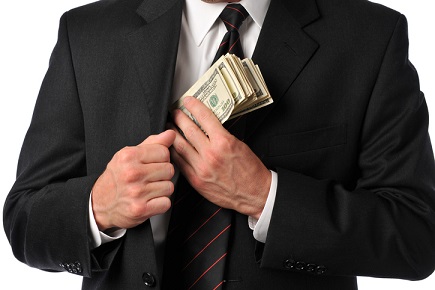 The director of a foreclosure relief non-profit is among several people indicted for allegedly participating in a scheme that profited off foreclosures.

Sergio Barajas, former director of community development at the National Community Stabilization Trust, has been charged with conspiracy to commit bribery in relation to programs that received funds from the non-profit Nevada Corporation, which was created in response to the mortgage foreclosure crisis in 2008.

“According to the indictment, from October 2010 to September 2015, Barajas, in his role as Director of Community Development, was involved in the approval of non-profits to participate in the NCST First Look Program and in the determination of which non-profit was ultimately awarded NCST homes, as well as provided oversight of the resale of NCST homes to ensure compliance with NCST and Neighborhood Stabilization Program guidelines,” the U.S. Attorney’s Office for the District of Nevada, said in a release. “The NCST received more than $10,000 of federal grants during each 12 month fiscal year that Barajas served as the Director of Community Development.”

A total of seven individuals have been indicted in the foreclosure profiteering case.

The investigation is being overseen by HUD-OIG and the case is being prosecuted by Assistant U.S. Attorneys Lisa Cartier-Giroux and Patrick Burns.

“The charges and allegations contained in an indictment are merely accusations,” the Attorney’s Office said. “The defendants are presumed innocent unless and until proven guilty beyond a reasonable doubt in a court of law.”