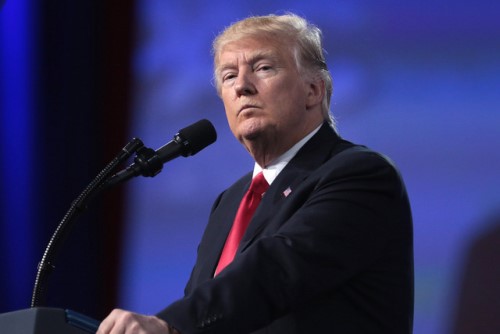 President Donald Trump has nominated former Federal Housing Administration Commissioner Brian Montgomery to return to that post, according to the White House.

Montgomery served throughout the George W. Bush administration as the assistant secretary of Housing and Urban Development and Federal Housing commissioner. If confirmed, he will return to that role.

Currently, Montgomery serves as the vice chairman of The Collingwood Group, a D.C.-based advisory firm.

It’s been rumored since May that Trump would nominate Montgomery to return to the post. During his first tenure with the FHA, Montgomery worked to modernize the agency, according to a report by DSNews. He also gained a reputation as an affordable-housing advocate, and was a 2008 recipient of the Robert J. Corletta Award, which recognizes dedication and creativity in the cause of affordable housing.

“MBA applauds the nomination of Brian Montgomery to lead the Federal Housing Administration,” Mortgage Bankers Association President and CEO David H. Stevens said Wednesday. “His previous experience will serve him well in this position. I hope the Senate will move quickly to confirm Brian, and we look forward to working with him, (HUD Secretary Ben) Carson and others in the administration to ensure a strong, robust FHA program that can serve its mission of providing affordable housing opportunities, both rental and owned, for all Americans – especially those with low and moderate incomes and first-time homebuyers.”